Ankylosaurus-The Ankylosaurus, this herbivore is a literal armor tank.This dinosaur had an armor plates that protected it on the top. The Ankylosaurus lived in the Cretaceous Period in North America. The ankylosaurus weighed from 8,800 to 15,000 lbs as an adult. The most lethal weapon that this herbivore has is its club tail one hit from it would be enough to cause any predator to walk away with a broken bone or internal injury. The force of the tail is 104137 per square inch. From what scientist know about Ankylosaurus is that they moved on all four limbs, and its hind limbs were slightly longer than its forelimbs. One of the main reasons It would be difficult even without the armor to get a purchase on it because its body is relatively flat.The predators for this dinosaur was Tyrannosaurus, Tarbosaurus and Deinonychus. 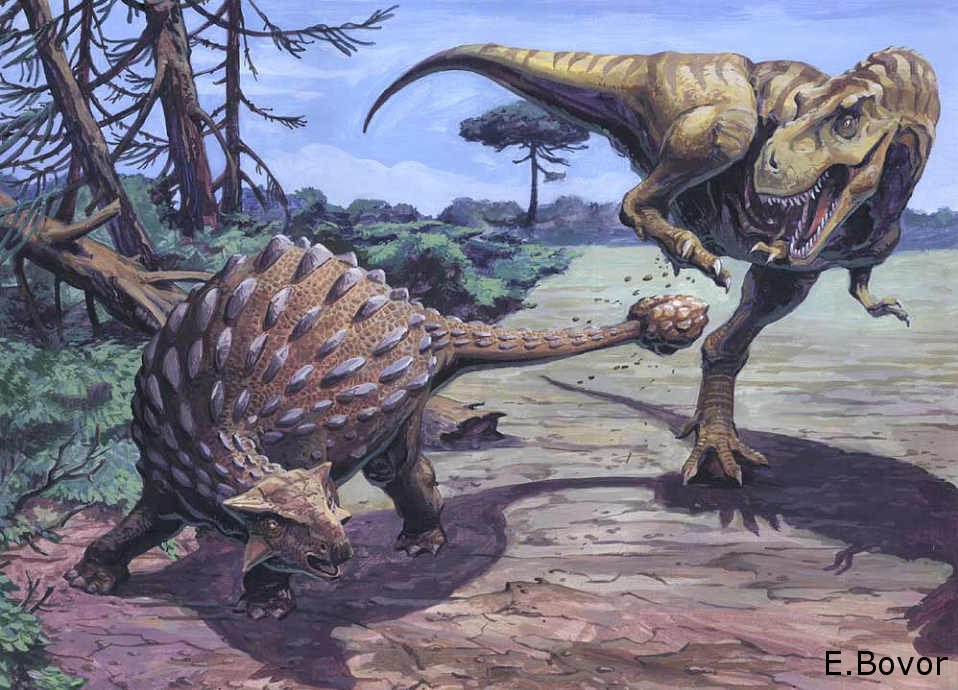 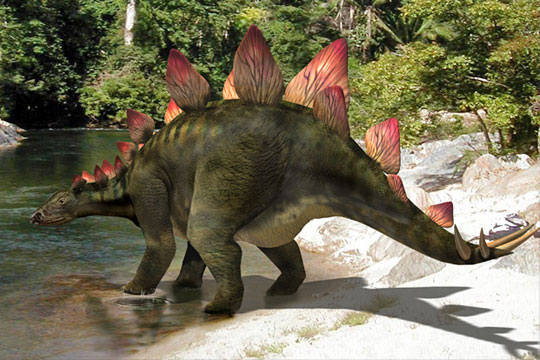 Stegosaurus-The Stegosaurus, a herbivore that lived in the late jurrasic period. It would weigh up to 6800 pounds; it would grow to be around 30ft in length,14ft in height. Stegosaurus had plates on its back to observe sunlight to produce extra heat at night since it was a cold blooded reptile. Stegosaurus ran at a speed of 4.3 miles being the fastest. What made this the most lethal weapon on the stegosaurs is the tail spikes. The spikes would be 18 inches long to hit predators. The predators for this herbivore is the allosaurs, the Ceratosaurus, and the Torvosaurus. 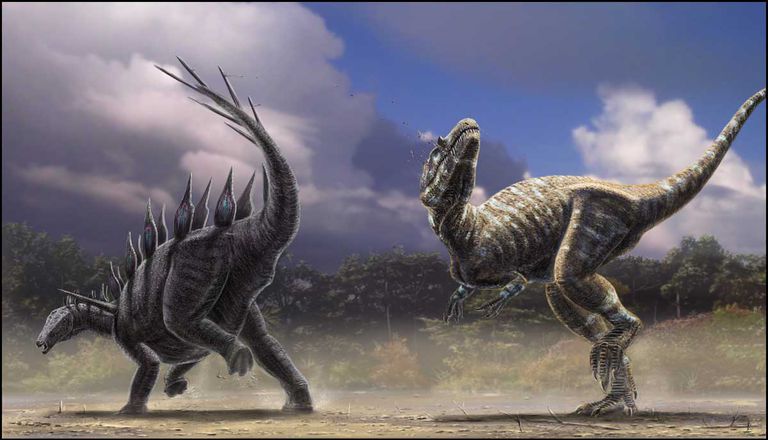 Triceratops-The triceratops, a herbivore who lived in the late Cretaceous period, they weighed on average 13,000 – 26,000 lbs. Often times the triceratops would use the horns they had to either compete with other horn dinosaurs for leader or king of the pack. Otherwise the long horn would be used to impale predators such as the Tyrannosaurus rex, Albertosaurus and Spinosaurus, some big meat eaters.

Brachiosaurus-The brachiosaurus lived about 156 million years ago which was the Jurassic Period along with stegosaurus, allosaurus, and many more. The Brachiosaurus were massive animals that stood about 23 feet high, were 85 feet long and weighed between 30 through 80 tons. The best description for this dinosaur is almost like a giraffe, with how long their necks are. Scientist who studied this dinosaur decided after a lot of research they were warm-blood and not cold-blooded. The Braciousaurus would defend itself by defending itself but no small animal would be capable of hurting something this big.

Diplodocus- The Diplodocus had a very long neck that could grow up to 21 feet in length alone. The total length of Diplodocus was 90 feet in length and weigh about 10 to 15 tons. The Diplodocus lived in the Jurassic period and inhabited parts of North America in places such as Utah, Colorado and Texas. The way the dinosaur would defend itself by its tail by whacking the other dinosaurs.